Rich oil and gas source rocks are known in Devonian shales and carbonates of the Scythian and Moesian platforms in the onshore, and may also be viable in the offshore extensions of these structural features. Devonian source rocks are not expected to underlie the present deep water basins. 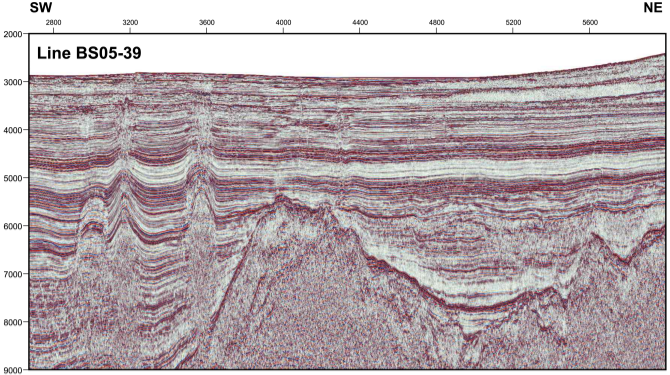 Coals are mined on the conjugate rift margin in Turkey, and could source dry-gas accumulations such as the Odesskoye field. The distribution of coal measures would be similar to that of Devonian source rocks.

Where exposed in Crimea, Aptian-Albian mudstones appear to be at best poor source rocks with low organic carbon contents and Type III dry gas prone kerogen. In the offshore these would probably be localised within the thicker syn-rift sequences in the extensional basins.

Oligo-Miocene Maykop Formation is known as a major oil and gas source rock interval throughout the Black Sea – Caspian region. Around much of the Black Sea, there is also apparently an Upper Eocene oil-prone source, which has been linked to the oil in Lebada field.